We just got back from a quick six day trip to WeiHei, China where we teamed up with the Chicago based animation company Calabash to produce a two minute video featuring an animated ten inch tall lizard named Mr. Timsun. All the live action plates were captured on a Red Dragon and supported by a predominately Chinese crew. We only had one interpretor which made communications fun to say the least. By the end of the second shoot day, we were all communicating like brothers using a wierd form of production sign language. We ate everything they served us with the exception of the sea slugs which truly looked revolting. The final piece should be out and up on the site in a few months. Stand By- 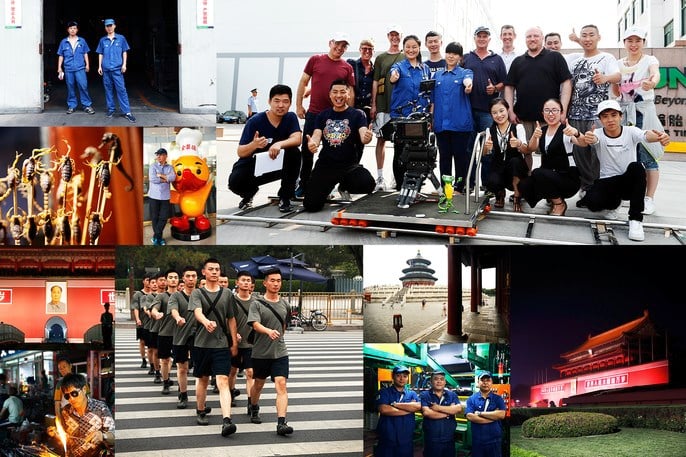